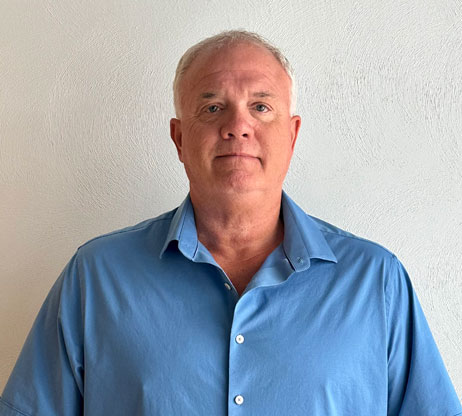 Joe is currently the owner of Shaw Building Corporation, SBC and a partner with Virginia Contracting and Management (VCAM). He began in the field of construction with tools and a tool belt in hand, building single family homes for five plus years. He then moved on to the commercial construction industry. With a new gained experience in the construction industry, he was sought after by the Army Core of Engineers to provide quality control as a Construction Quality Control Officer (CQC). While serving as a CQC, he was assigned to supervise a 10 million plus dollar super structure project as the CQC liaison between the general contractors and the government officials. He identified and implemented high standard project execution to exceed industry standards resulting in a quality product for the government on this very unique project.

After the government project, Joe was offered an estimating/supervisor position with National Housing Corporation Company, who was just getting started into the multi-family, multi-state housing industry. He traveled to Seattle, Washington to learn a unique computerized purchase order system. This new system was used on all new projects to pay sub-contractors and purchase all materials. His duties included city approval, design buildings to fit the sites, budgeting, estimating, hiring sub-contractors, purchasing all materials, purchasing rail cars of lumber, and issuing all purchase orders.

The company grew to building 2,500 units per year. Because Joe executed such good work, he was promoted to Regional VP. His duties included travel with the intent of establishing city approvals, permitting, setting-up the facilities, hiring personnel and hiring local sub-contractors for these new projects. One example was the building of 216 units consisting of 18 buildings in Tennessee. This project afforded Joe the opportunity to learn a multitude of new skills including development of mass rock with a blasting program in place and the utilization of D-10 bulldozers equipped with rippers attached.

When Joe completed the National Housing Corporation project, he was highly recommended due to his expertise in the field of general contracting and was hired as a General Contractor to build 160 unit three story senior living facility for Larrymore Organization. Joe had a good working relationship with the city officials to obtain final approval and develop the site as approved by the city. He hired the personnel and sub-contractors that needed to complete this project which was completed under budget and on time. His contract was only to develop the site and build Phase 1, but because of Joe’s excellent track record, he was asked to build Phase 2. After building another 160 units in Phase 2, Joe acquired a North Carolina Class A License and developed a 100 plus acre site in North Carolina. He hired a site contractor to install the infrastructure and roads needed for an
85 single-family home site. With his diligent hard work, he pulled all the permits, built a community
clubhouse, installed golf cart trails, had a 200 foot-long pier installed and nature trails through the wet-lands which required special permits. When the North Carolina project was completed, Joe purchased a few lots to build his first home, and was able to sell it before completion.

With all of the knowledge and skills he had, it was only logical to go into business. In 2002 he started his own business. He built over 50 homes in North Carolina from 2002 to 2008 to include the largest home in Camden County, before the housing market crashed. This led him to expand his horizons and obtain his Virginia Class A Commercial/Residential License.

After the housing market crashed, he restructured his business to include residential remodeling and commercial bidding projects. Acquiring several remodeling projects and bidding on private and city projects, he was awarded a 1.1 million dollar two-story new office building project. He helped his client obtain city approval and site development. Through bidding, he was also awarded several city projects that required remodeling recreational centers and a $600,000 remodel of a Virginia Beach city Fire Station. This project involved stripping the brick from the building and applying new closed cell spray foam insulation.

Of the 17 plus years, all these projects were completed without the need of borrowing from any financial institution. To date, Joe still continues to build custom homes for clients, taking on remodeling work and bidding on commercial projects. During these unprecedented times due to COVID019, he designed/built a 1.5 million dollar custom home and as a result, he has made his client’s forever dream home become a reality. He completed this while adhering to the COVID-19 state mandated recommendations for the safety of all parties involved.

Although Shaw Building Corporation, SBC continues to be a solid business, Joe continues to look for new opportunities in the construction industry. He maintains relationships with like-minded individuals and has started a new company, Virginia Contracting and Management (VCAM), as his next endeavor to explore larger projects that includes government contracting to utilize his government contracting skills.

Outside of work, Joe is a dedicated husband and father. He loves what he does and looks forward to doing it for many more years to come.

“A great building must begin with the immeasurable, must go through measurable means when it is being designed, and in the end must be unmeasured.”